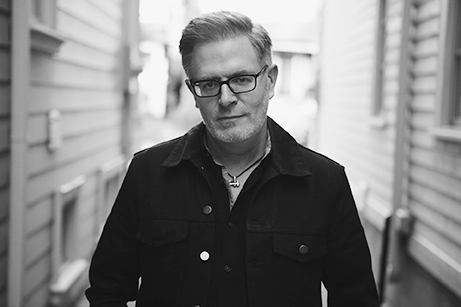 Captivated by storytelling since he was a kid, Scott Corbett began his career in advertising as an award-winning writer before turning his attention to directing. His first effort, the comedy short Small Emergencies, screened in festivals worldwide and won a merit award at the San Francisco International Film Festival.

He arrived on the commercial scene with a deliciously outrageous campaign for Altoids, which was tempered with the absurd and surreal, but directed with restraint. The result was a unique, offbeat look grounded in a cinematic reality – now the foundational style of his dynamic collection of work. His Pizza Pops campaign was both darkly hilarious and charming at the same time, and went on to win a Silver Lion at Cannes.

Scott has been recognized in publications like Creativity, Adweek, SHOTS, Lürzer’s Archive, and Communication Arts, and has garnered awards from Cannes, The One Show, ADDY’s, and more. His short film Good Night Butterfly, a contemplative period piece set in 1960’s Los Angeles, premiered at the 40th Asian American International Film Festival in New York City this summer where it was nominated for Best Short Film.