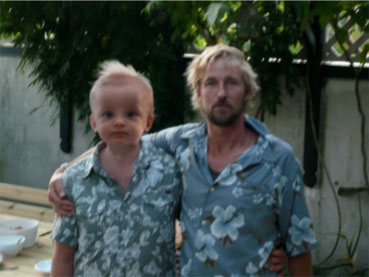 „I started up with exhibitions showing paintings, photos and furniture in my hometown Falsterbo 1991-1993. My interest in these communications and writing led me to one year of advertising school at RMI Berghs . I discovered that film was the media where I could gather all my interests.

So I started at RMI Berghs Scriptwriting. Then I bought a film camera and a FORD LTD –73 and drove all over USA for two months shooting a documentary called ”Elvis”.  When I came home, all my money was up so I made a deal with Mekano Film Stockholm to work as an assistant director daytime and edit my USA documentary nighttime. The commercials took over and I was hooked.“

Since 1997 Jesper Ericstam is directing commercials - with success. He is one of the most awarded directors in the world, with multiple Cannes Lions and other top awards to his credit. Almost all of his completed work has been recognized by Creativity and Shots.

Jesper Ericstam's talent lies in his rare ability to find comedic gold in grounded, human moments. Jesper meticulously plans and structures his storytelling, but when his finished films are viewed, they seem like spontaneous moments that have almost been captured by accident.