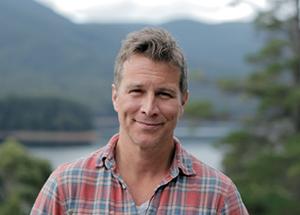 Brendan Gibbons burst onto the directing scene with campaigns for CNN and Comedy Central. His unique combination of striking, cinematic visuals and honest, human performances has led to memorable spots for a wide range of clients, most recently including Wendy’s, Ally Bank, Nissan, Progressive, and 3M.

He directed the provocative SOFY “BeFresh” spot (Unicharm and JWT Melbourne), which was featured as “Ad of the Day” on Creativity, and the Effie-winning campaign “What’s in Your Hot Dog?,” for Applegate (Taxi New York). Brendan also regularly helms the much-loved Progressive campaign with iconic frontwoman ‘Flo,’ including a recent Ghostbusters tie-in spot (Arnold Boston). His work in commercials has been recognized for excellence with honors from D&AD, CLIOs, AICP, and The One Show.

Brendan recently wrote and directed his first VR film, “Red Velvet,” pioneering in this emerging tech space by creating an immersive 360 scripted dark comedy in an area typically dominated by action films. “Red Velvet” is the story of a job interview taking a bizarre turn when the employee being replaced takes revenge on the office in the form of a spiked birthday cake.

Brendan’s first narrative feature, Preoccupied, debuted in 2016 at Indie Fest film festival. It’s an incisive, funny, and poignant look at one of the defining issues of our time: Two New York investment bankers attempt to shut down the Occupy Wall Street protests of 2011. His short film, “Dear Josh,” was recognized for outstanding achievement at numerous festivals, including AFI and NoSpot. He is currently developing a comedic feature called Salamander.

Brendan began his career in advertising as an award-winning writer and creative director. Prior to that, he worked as a political writer and screenwriter. He is also a musician whose songs have appeared in commercials and films. Today, he divides his time between New York and Los Angeles.