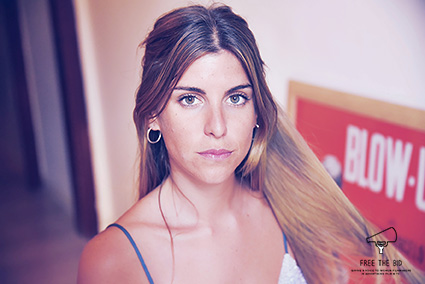 Camila Zapiola was practically born on a film set during the advertising boom of the 80s. Her first role as an actress was at age of two, and her career as a filmmaker began in her childhood, when she adapted children's books into plays that her brothers and cousins will later perform to the rest of the family. In her adolescence she won several creative writing contests and her works were published in the anthology "New voices of the Hispanic world". Finally, at the age of 18, she premiered at the theater as a writer and director with the play "Metamorfosis Adolescente".

After an attempt to study Literature, where she didn’t find her place, Camila graduated in Buenos Aires in Film Direction, and in her eagerness to learn to direct actors better, she went to the USA to study interpretation in "The Lee Strasberg Films & Theater Institute of New York”, where she end up acting in several theaters of the city.

She started working as an assistant director at the age of 17 while still in school, and continued to do so until Grey gave her, her first opportunity as a filmmaker with the spot "Amateurs" for Magistral. Since then she has directed in London, France, Germany, South Africa, Italy,  the United States for brands such as Coca-Cola, McDonald's, Citroen, Sixt, Deutsche Bank + Apple Pay, P & G, Danone, T-Mobile or Ted Talks among others.

In addition, her work in advertising has been recognized with several awards, among which are Clios,  Lions of Cannes and the New Talent Award of the Argentine Creatives Circle.